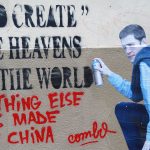 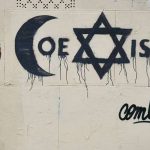 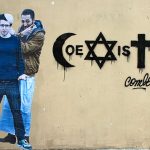 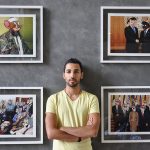 Combo is the nom de plume of a young French artist who in 2012 burst onto the international arts scene by, in the opinion of some, damaging the image of Made in China by plastering Hong Kong with Google advertisements banned by the Chinese Communist Party. But it wasn’t until early 2015 when his name really hit the headlines after, according to others, he damaged the image of Made in God.

Combo photographed himself wearing a djellaba and then pasted the portrait on a wall at the Porte Dorée alongside the word coexist writing the c with the crescent symbol of Islam, the x with the Star of David, and the t with a Christian crucifix. It looked more or less like this:

The outcome was that four young guys, whose identity Combo has not revealed so as not to fan the flames, beat him up after he declined to remove the graffito, leaving him off work for a week. “FEAR NO ONE. FEAR NOTHING,” reads his defiant Twitter profile.

Combo, who pays attention to detail and says his work is designed to surprise and to be found where least expected, painted the graffito above, in the Place Émile Goudeau. Goudeau was the founder of the Hydropathes poetic movement, whose aim was to propagate poetry in the same way that Combo propagates art. It wouldn’t have escaped his attention that the hydropathes named themselves thus because of their phobia toward water and their affinity for wine. Others say the name is a pun on the name of the founder of the movement, Goudeau: goût d’eau, which means “a taste for water” in French. 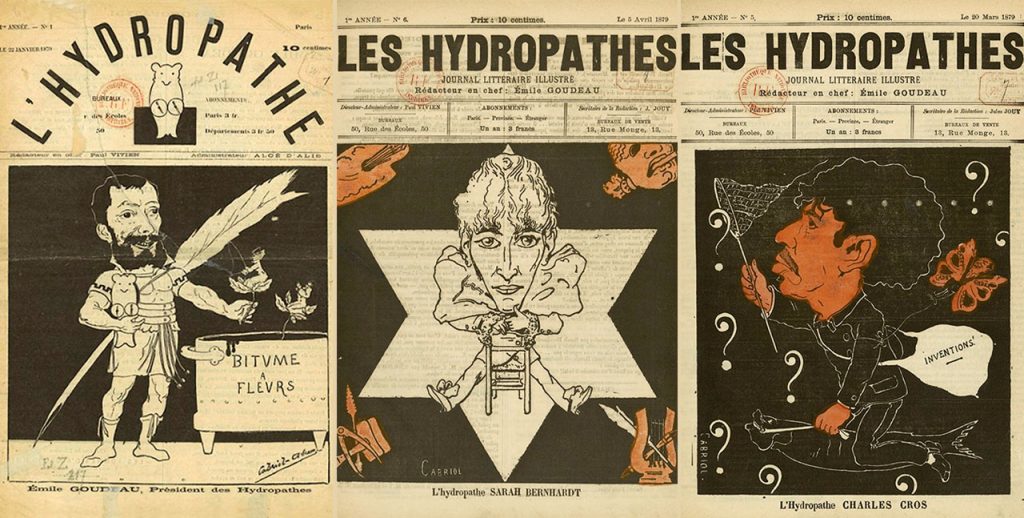 Combo is the son of a Lebanese Christian father and a Moroccan Muslim mother, but he himself isn’t religious. The problem is that the identity crises prompted by the attack on Charlie Hebdo has not only obliterated nuances, but also forced people to take sides. So when Combo wrote in Chatelet, “Did you know Muslims end their prayers with Amen, like the Jews and the Christians”, he was criticized for not writing Je suis Charlie. My guess is that Combo simply wants to be French, an artist, himself, and not be obliged to choose between two sides that are increasingly fractious. (1)

For reasons unknown the world is being deprived of its symbols of co-existence. One of the few remaining examples is The Hanging Monastery (Xuankong Temple 悬空寺in simplified Chinese; 懸空寺traditional Chinese), in Shanxi Province, China. Built more than 1,500 years ago, this temple is notable not only for its location on a sheer precipice, but also because it is the only shrine where China’s three traditional religions live alongside each other: Buddhism, Taoism and Confucianism. In December 2010, Time magazine listed it among the world’s most-precarious buildings. If you have the time and don’t suffer from vertigo, it’s certainly worth a visit! 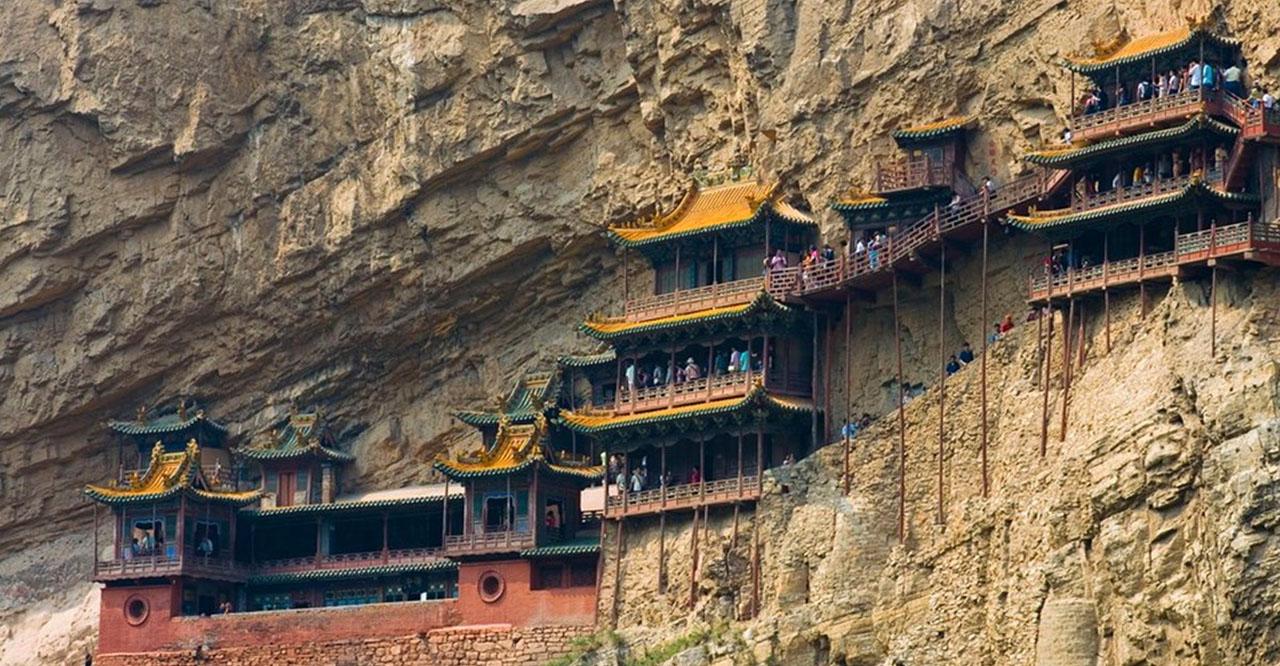 (1) I took the photo of the Made in God graffito in Paris, June 3, 2015. I don´t know if the graffito is still there. God knows!!! I have not had the opportunity to meet Combo. The quotes are taken from an article by Laurent Carpentier, published in Le Monde on February 4, 2015.