By José Félix ValdiviesoTuesday September 1st, 2020Others, Poetry
No Comments 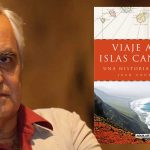 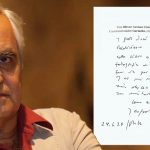 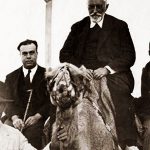 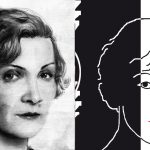 A casual encounter in Madrid’s Rafael Alberti bookshop with El País journalist and writer Juan Cruz leads to a conversation via Journey to the Canaries with Mercedes Pinto, Luis Buñuel, Lola Larumbe…

The Canarian Garoé tree was believed by some to be sacred, filled with water, it would cry for scorned lovers. Others believe the Teide bird to be the most beautiful of its kind, which nests inside the volcano of the same name, as black as the blackbird, so black that it is blue, while the song says that it is the second star on the right, the path that leads to the island that does not exist (L’isola che non c’è), just as it leads us to see that tree, and that bird, which has only flown in the verses of poets. Everything is magua, melancholy, the feeling of the islands in the magnificent Journey to the Canary Islands, a sentimental portrait of our islands that Juan Cruz wrote at the suggestion of the late Peter Mayer.

Today, a travel book seems anachronistic, almost dystopian. But a book of travels, or of something else, is the story of a horizon, of a hope, and tells of a way of seeing things. And as we travel through life, the question is always how we continue that journey, for which the story of other lives and other journeys, helps.  I understand then that we must seek hope to continue living, says Cruz, citing the Canarian poet José Luis Pernas.

I would never have imagined myself reading a book like this in late July. However, it seduced me, just like the Rafael Alberti bookstore in Madrid, where I went for my weekly hit of dopamine from Lola Larumbe. But instead, I ran into Juan Cruz, who had just arrived to sign books. An encounter between Canarians in the land of the Goths, far from the fish tank of the archipelago, aroused the camaraderie that all encounters do between outsiders who are far from home.

I told him that during lockdown I had met Lola Larumbe by chance one Saturday, out looking for tobacco, and seeing movement from within the closed bookstore, I knocked on the door, only to be politely told the shop was closed to customers. But when I told her that I simply wanted a book of poetry, whichever she thought best, she selected one, and since then I have gone back, to be there again, like the poem Volver from Eloy Sánchez Rosillo’s Confidencias, the book she initially chose.

-Well, I can recommend this book – from the only poet who made Vargas Llosa cry, offered Juan Cruz.

-No, thanks,” I said, ignoring the book he was showing me. I want something recommended by that lady over there. Lola Larumbe, whose name I still didn’t know at the time, had just appeared at the back of the bookstore. And amid the laughter, she asked me mine.

That day, from the many books that Cruz was due to sign, I chose Journey to the Canary Islands, over the course of which, he  explores what the islands are, and what they have been and inspired by. The reader is grateful he avoids the affectation of so many, if not all, of referring to Gabriel García Márquez as Gabo. That said, in balance, what’s missing among so many fine literary allusions are some quotes by women, such as Cruz’s prodigious fellow Canarian Mercedes Pinto Armas de la Rosa y Clós, whose novel, El (Him), was made into a film of the same name by Luis Buñuel in 1953. Thirty years earlier, during the dictatorship of General Miguel Primo de Rivera, she gave a lecture in Madrid entitled Divorce as a hygienic measure. She went into exile, as did Miguel de Unamuno, whom Cruz, along with Aldecoa, Humboldt, Breton, and so many others, does cite at every opportunity.

Pablo Neruda, who was deeply impressed by her, wrote the words below during her lifetime, and which were put on her tombstone after she died in 1976.

Mercedes Pinto lives in the wind of the storm.
With her heart facing the air.
Energetically alone. Urgently alive.
Sure of successes and invocations.
Fearful and kind in her tragic garment of light and flames.

In conclusion, I loved this Journey to the Canary Islands. As a travel book, it does exactly what Ariana Basciani says: a unique device, neither expensive, nor heavy, that does not require a suitcase or a passport, to take you to discover…the Canary Islands, or any of the places in the travel books that she reviews in Viajar por las ciudades: las otras formas de conocer y conocerse leyendo.