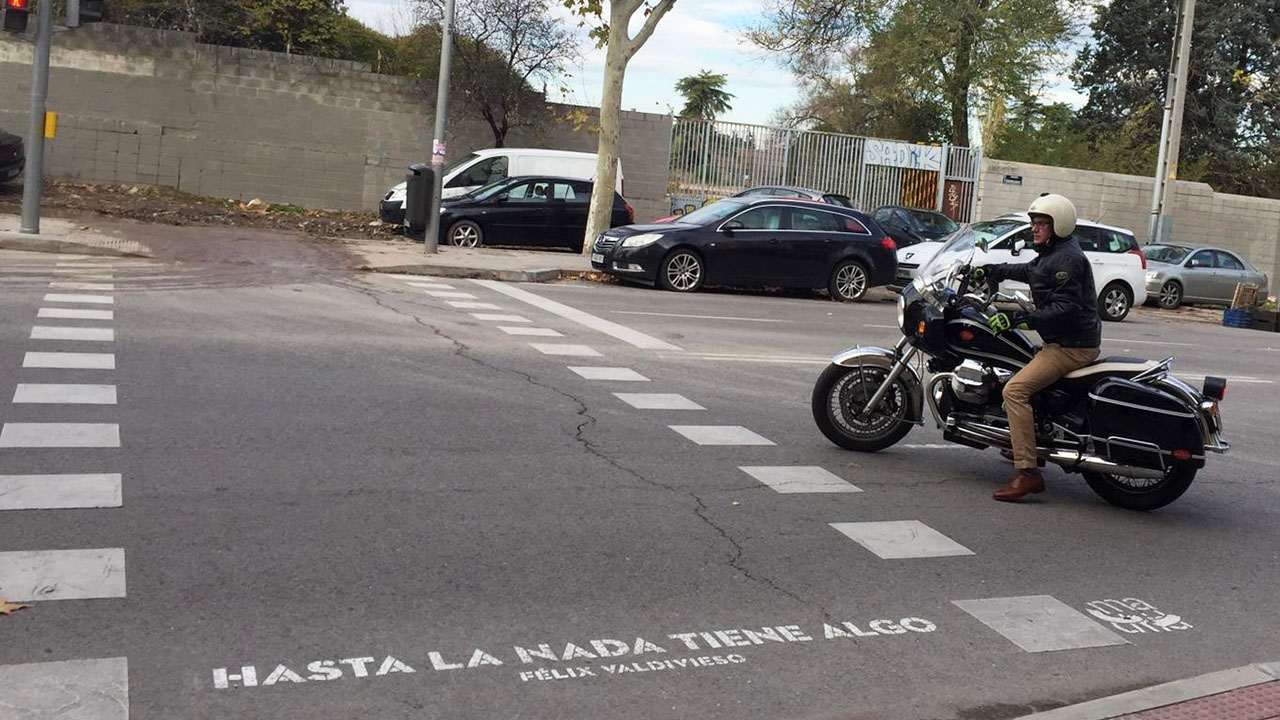 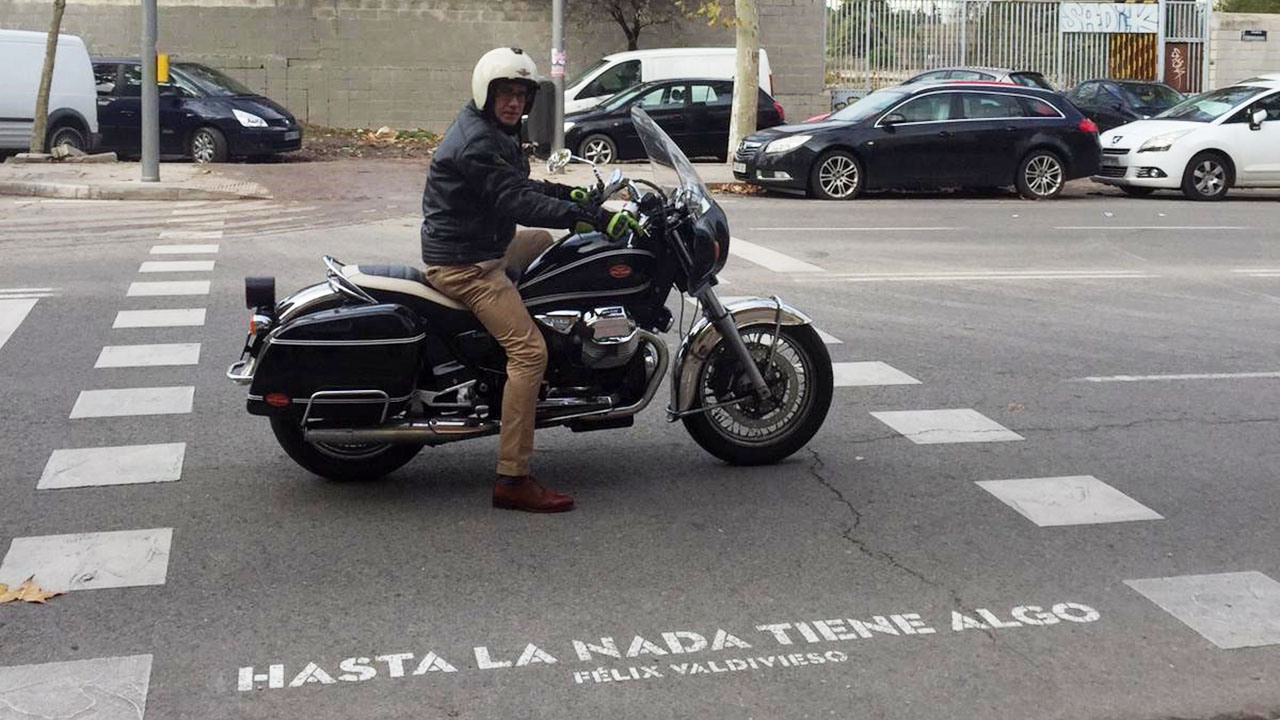 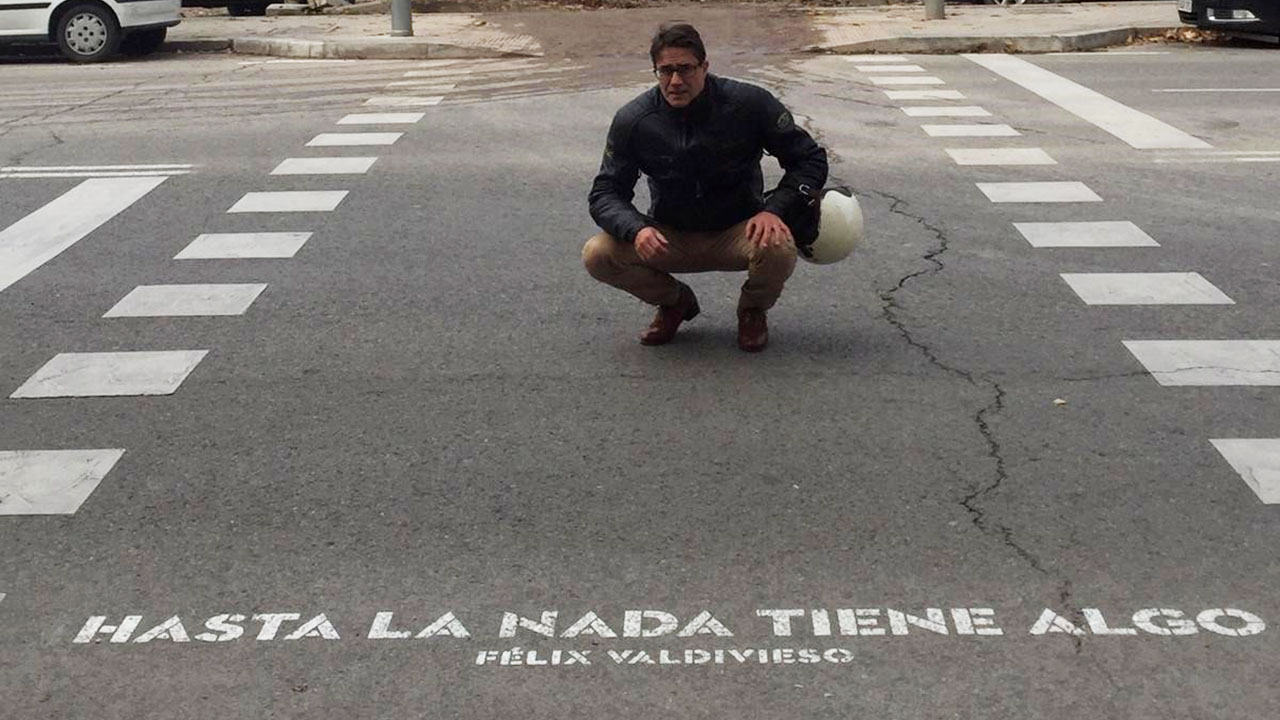 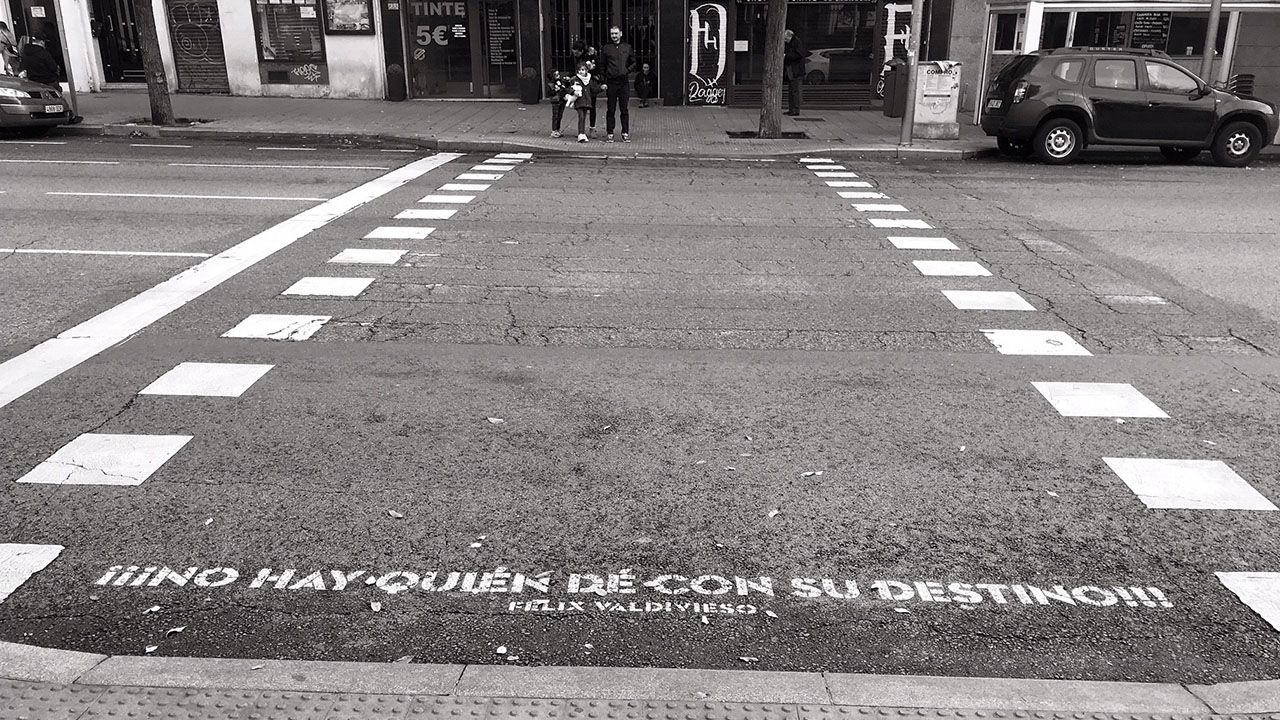 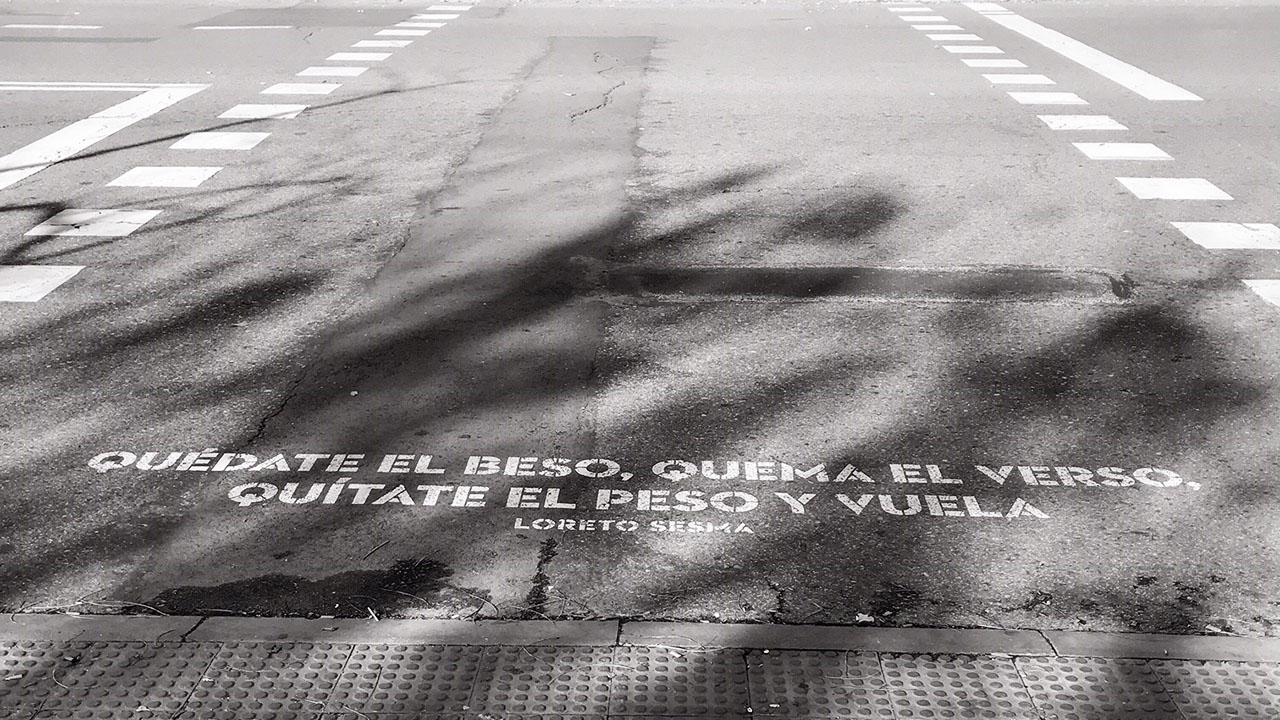 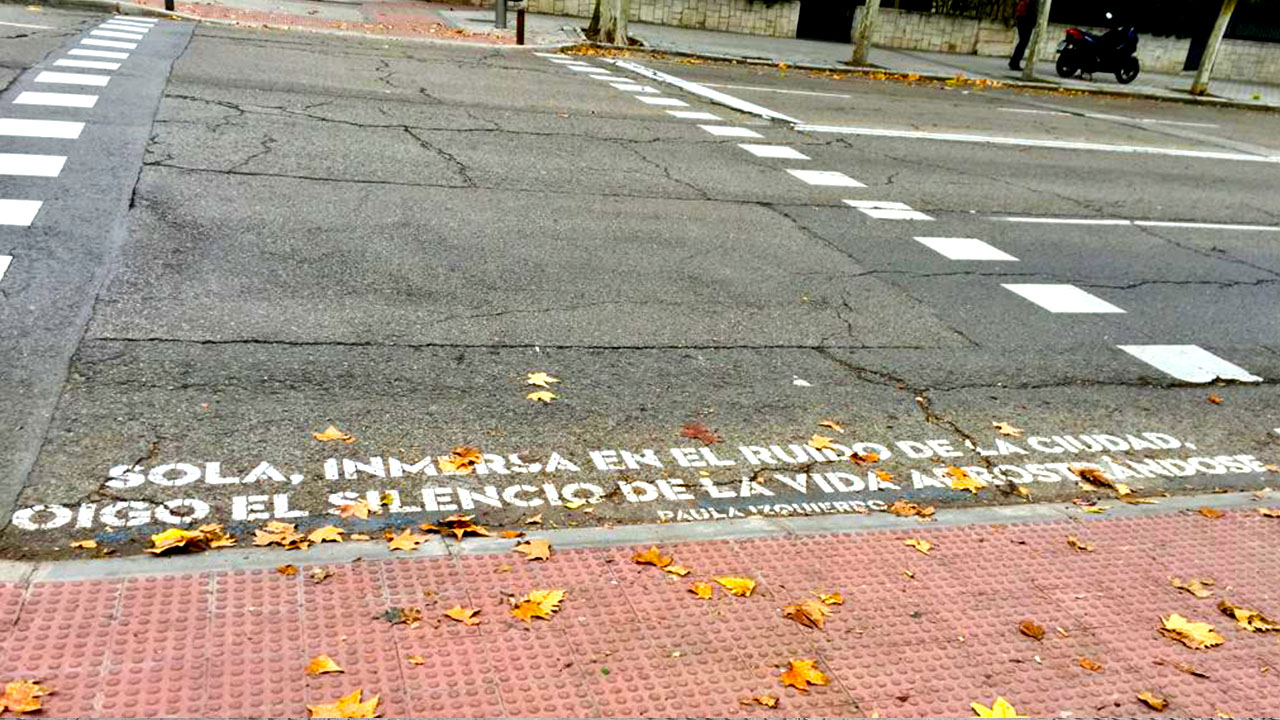 I’ve been invited to take part in Versos al paso, set up by Madrid City Hall and urban artists Boa mistura. This literary initiative presents pedestrians with fragments of poetry at some 1,100 zebra crossings throughout the Spanish capital’s 21 districts. Below, photos of the two verses I contributed.

¡No hay quien dé con su destino!!! (not a literal translation, but something like: There’s no chance of meeting our destiny!!!),
(at the crossing by 85 Bravo Murillo Street, not far from IE Business School, where I work.)

“Hasta la nada tiene algo” (Even nothingness has something),
(where the Paseo de los Ferroviarios meets Nuno Gómez street, in the Villaverde district.)

And here’s a photo of the lines written by Loreto Sesma, a young writer I discovered, so to speak, on 13 Mateo Inurria street. I would recommend her book, Amor revolver, which she describes as a “collection of poems with six bullets. Like Russian roulette, the reader plays with the six bullets until, inevitably, one enters him or her.” The bullets, needless to say, are Loreto’s words:

“Keep the Kiss, burn the verse, shrug off the burden and fly.”

Two of my proposals for Versos al Paso were chosen: He’s the third:

For me, love is either a revolver, which kills you, like Loreto Sesma says, or there’s no chance of ever finding it, like our destiny!