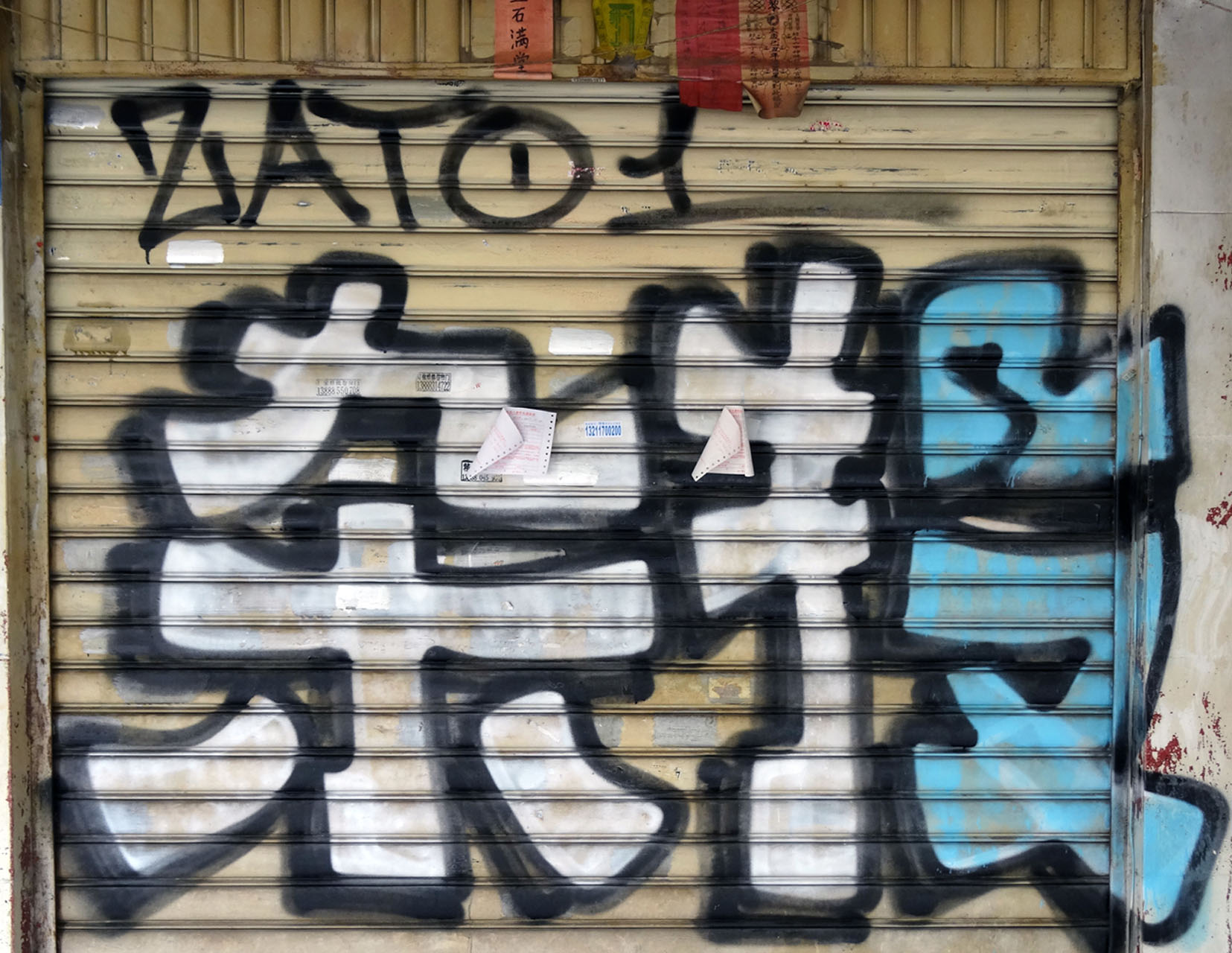 While spending a few days in Kunming, I received an email from Sun Long saying he’s discovered the meaning of that graffito, 杂投 (Zatou), we saw together in Beijing that consisted of just two characters. Sun Long added that he came across the same graffito in several places and that apparently it was just a name, Zatou or Zato, a graffiti crew from the 1970s, one of the first in China, consisting of four members, who it would seem were all still alive. But what had really caught his attention, said Sun Long, is that somebody had once asked Zatou:

– “I have no past, I have no future,” Zatou would have answered, making a clear reference to how his graffiti had been erased in the past and would continue to be erased in the future by order of authorities extremely worried about the mental health of their citizens.

While out and about in Kunming, I came across the same graffito twice. One of them is shown in the image. It’s very comforting to see something that one has already seen. Almost as comforting, I would say, as seeing it for the first time… There is something about the past! It’s also comforting to know that there are still things that remain to be seen. There is something about the future! It is said, however, that the danger with the eye is in seeing too clearly, and that the danger with hearing is in hearing too sharply… In short, every faculty hides a hidden danger within it. This danger looks very much as though it always happens in the present. Zatou, will you explain a bit more next time? Sun Long asks me why I ask for so many answers…(1)

(1) The dangers of the eye and hearing, and that all faculties hide a hidden danger within them is taken from the book Zuangzi, translated by Iñaki Preciado Idoeta, published by Kairós in 2007. Book XXIV, page 257. The Zatou graffito that Sun Long showed me in Beijing is in Jīngmìlù street (京密路).