If you don’t know BTS, Parasites or The squid game you have probably been living under a rock. You have to ride the Korean wave (Hallyu).

Singing of the Lone Rock (詠孤石)
The solitary boulder rises straight up to the heavens
And looks out over the four directions from Placid Lake.
Waves constantly splash around the roots of the stone
As tree branches ceaselessly tremble in the wind…

Fragment of a poem written in Chinese Characters by Dharma Master Chong, a monk from the Korean Goguryeo Kingdom (37 B.C.–A.D. 668).

“If you don’t know BTS, you havep robably been living under a rock,” stated the official Guinness Book of Records website in 2021. In September of that same year, the organization added “The boys are in the book,” announcing the band’s inclusion in the coveted Guinness Book of Records Hall of Fame 2022 for having beaten no less than 23 records. The septet is undoubtedly the most listened to group in the world and if that were not enough, BTS is the first since The Beatles to have three number one songs in less than six months, as Stephen Colbert said on his Late Show (8’15”), during an interview with Sir Paul McCartney himself.

Korea has not revolutionized the music world with just BTS, of course. There’s Red Velvet, Girls Generation, Blackpink, and many others who form part of the global K-pop phenomenon that has transformed the entertainment industry in general and the country’s soft power in particular – a type of influence that, by the way, China and the United States are pulling each other’s hair over.

The fact is that K-pop is but one part of what has been called Hallyu (The Korean Wave), namely the avid international interest in Korean popular culture, as represented by its cinema, television, fashion, cuisine, and of course music. And then there’s language. In 2021, the words K-pop and Hallyu were admitted into the Oxford English Dictionary along with 24 other Korean words. This is rather significant because, as Jeiun Kiaer, a Koreanassociate professor of linguistics at Oxford University, told NPR, no other language in the world has ever had the privilege of including 26 words in one fell swoopinto what many consider the definitive record of the English language.

The Chinese first noticed the phenomenonduring the 1990s when their screens were flooded with Korean soap operas (K-drama), prompting the Great Dragon’s media to called it Hánliú (a word thatcomes from Hán 韩, Chinese for Korea or Korean, and liú 流, meaning current or trend.) as Dal Yong Jin and Tae Jin-Yoon note in their book The Korean Wave: Retrospect and Prospect, the Chinesemistakenly thought it would be a fad, as South Korea had never before produced a popular culture that had made its way into China, or any other country in Asia for that matter. Moreover, the two countries had just reestablished diplomatic relations in 1992, so anything from that small northeastern country was, to the Chinese, a curiosity that would soon pass. They could not have been more wrong.

On the map, South Korea appears tiny, but The Land of Morning Calm is determined to prove to the Chinese and American giants that size does not matter. Their case is good. For example, in 2013 The World Association for Hallyu Studies (WAHS) was founded with headquarters in Seoul and it now boasts a robust membership and research database. There are those who consider, like author and journalist Euny Hong, that the Korean wave is the most important, and fastest, cultural paradigm shift in modern history.

Hallyu is clearly a global phenomenon. In 2020 the number of Hallyu fans worldwide surpassed the psychological barrier of 100 million, although the Korean Foundation’s 2022 report puts the figure at 156.6 million. This is all to say that fans have multiplied 17-fold since the first Hallyu report was published in 2012, which mentioned a mere 9.26 million fans in 86 countries, compared to 116 today. 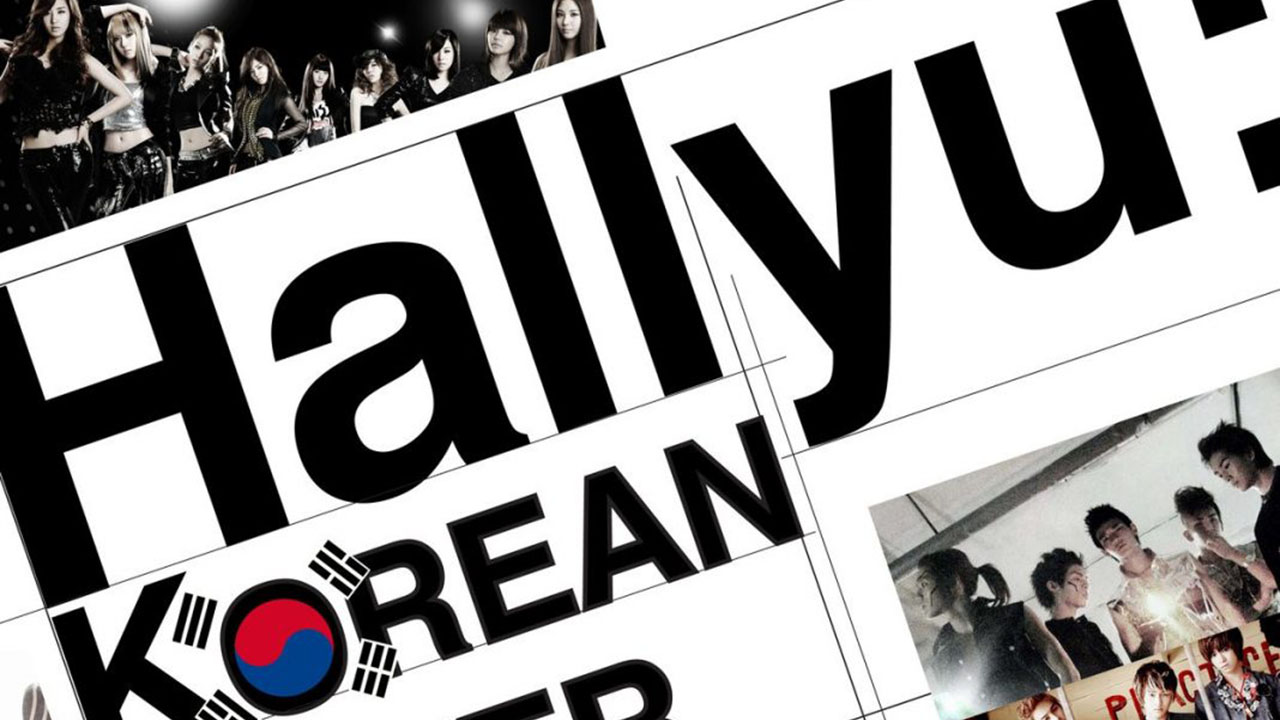 Let’s refresh our memory. In 2012, when BTS was just starting out, rapper Psy’s catchy Gangnam Style took the world by storm. The Gangnam Style video entered the Guinness Book of Records as the first YouTube video to surpass one billion views. In 2018 (when there were 84 million Hallyu fans in the world, increasing at a rate of 22% per year), BTS definitively arrived in the United States with two albums hitting number oneon the Billboard 200. From then on, BTS’s fame has grown exponentially in step with the growth of Hallyu fans. Likewise, television and cinema has played a significant role in extending South Korea’s soft power. Squid Game captured the attention of the world and isthe most watched Netflix series ever with 1.65 billion streaming hours, and in 2020 Parasite was the first non-English speaking film to win the Oscar for best film.

Why such clamor for the entertainment industry of such a small country? How did one of Asia’s relative ants steal the thunder of countries three times its size, like Japan, or 90 times its size, like China and the United States? What the hell have they done?! It’s simple, really: they had a plan, and along with that plan, something equally important… they knew how to execute it.

Korea had designs to make Korea a “cool” nation, linked to what authors Vincenzo Cichelli and Sylvie Octobre call “the Jurassic Park syndrome.” On May 17, 1994, South Korea’s Presidential Advisory Council for Science and Technology presented a memorandum, entitled Strategic Plan for the Growth of High-Tech Visual Arts, which noted that Spielberg’s Jurassic Park had grossed $850 million in one year on a budget of only $65 million. The document pointed out that this income was equivalent to revenue from the sale of 1.5 million vehicles, yet at that time, South Korea exported barely 700,000 vehicles a year.

The memorandum was a point of no return forsuccessive Korean governments, and this is why Cichelli and Octobre speak of the Jurassic Park syndrome, because from that moment on, popular culture became a commodity, with its exchange value more important than its use value – and therefore a priority for the country’s GDP. That is why Seoulis incredibly aware of the fact that BTS now helps attract 800,000 visitors to the country each year since the band became well known in 2013, representing 7.6% of the total of 10.4 million tourists who visited Korea in 2017. The Economic Effects of BTS, a report published in 2018 by the Hyundai Research Institute, points out that BTS earns the Korean economy $3.67 billion and that the group generates an added value of $1.26 billion.

What else explains the success of Korea’s cultural exports? The intrinsic mechanisms that produce what we define as success – in all fields – remain hidden and all we can make are descriptive approximations. But, let’s try to get into it. First, the emergence of Korean popular culture could not have taken place without US popular culture, nor could it have taken place without the Japanese popular culture that burst onto the world scene in the 1980s. Having said that, the Korean model of cultural expansion seems to be subverting the dominant cultural paradigm whereby the cultural products of the great powers are consumed by second-tier countries. Today, it is the big countries that are consuming Korean products, and doing so in droves. This is what Kim Youna, professor at the American University of Paris has described as decentralized multiplicity.

Second, the Korean soft-power model is unique in that despite having cloned US modes of production, it does not seek to sell products by associating with the American way of life or adapting Korean products to US tastes. Nor does it mimic the Japanese model, which seeks to adapt Japanese products to local markets, stripping them of Japanese characteristics (mukokuseki), of Japanese-ness, of what has been called glocalization (dochaku). Instead, Korean stalk about mugukjeok, which is selling products with global characteristics that have touches of Korean culture. This is because, basically, there is no past or point in history to which the nation has any qualms of making reference. All their products accentuate harmony.

This is not to say that Korean products that make their way into the global market are completely odorless or harmless. Hallyu music groups have powerful fan networks (an ARMY in the case of BTS), which are well organized and thus act on their own initiative. Fans even embark on causes and decidedly political actions without their stars having explicitly embraced that particular agenda. Donald Trump discovered this when hestaged a rally in Tulsa, Oklahoma during his campaign for re-election in November 2020 and BTS fans booked tickets en masse and then purposefullydid not show up. Trump’s campaign manager, Brad Parscale boasted on Twitter that more than a million seats had been sold for the eventbut then, according to local firefighters, the final attendance was only 6,200 people. Another example is when Blackping and BTS fans flooded the Republican hashtag #ImpeachBidenNow until it was completely useless. Are we looking at a new form of political activism?

Third, Korea’s cultural products are not associated with any kind of military hard power, as has been the case with the United States post-World War II to the present day. Nor is their purpose to erase a murky past, such as Japan’s actions postWorld War II. In fact, such is the strength of soft power that few people know that South Korea is the sixth-largest military power in the world. 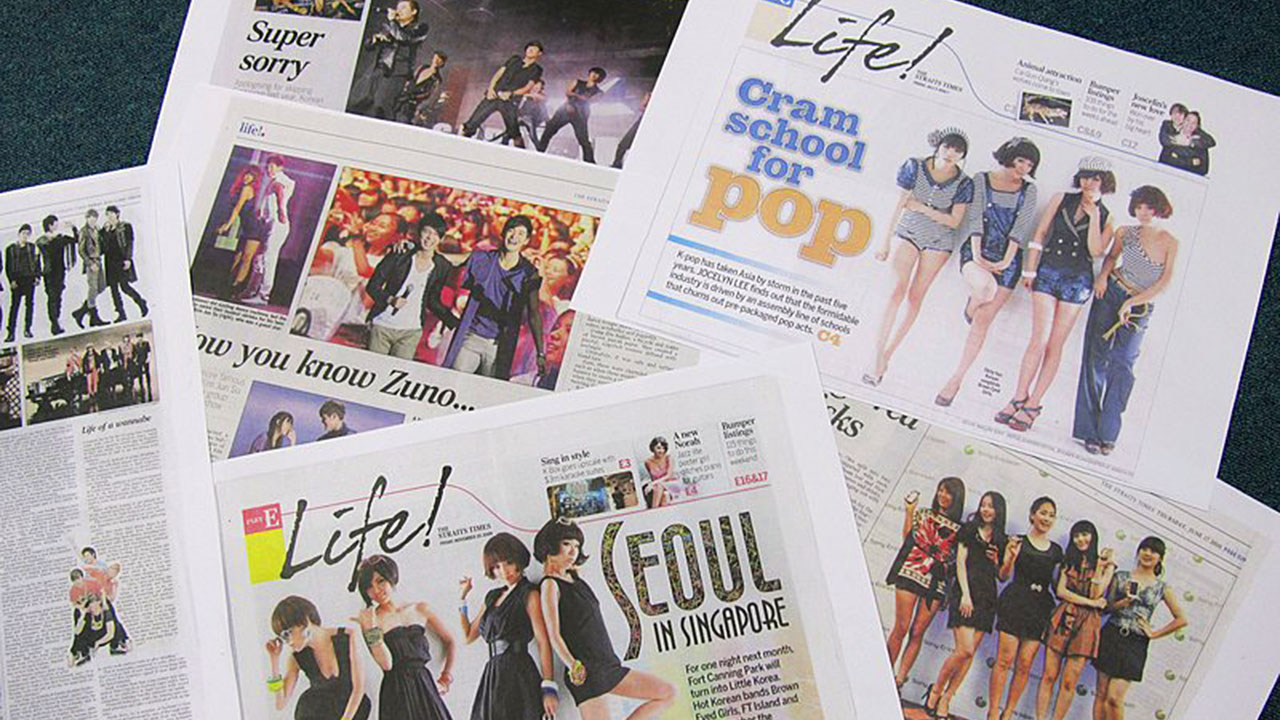 Yes, Kool Korea is going to be around for a while, as the entertainment industry clearly shows. The country’s participation in the battle for global soft power will be bulletproof, and we need look no further than Hallyu’s current missive, the Korean icon of the moment BTS (who already have a McDonald’s Menunamed after them.) In fact, there was the premonition of success of Korea’s cultural products right there in the name. BTS is the acronym for Bangtan Sonyeondan, which translates to Bulletproof Boy Scouts. 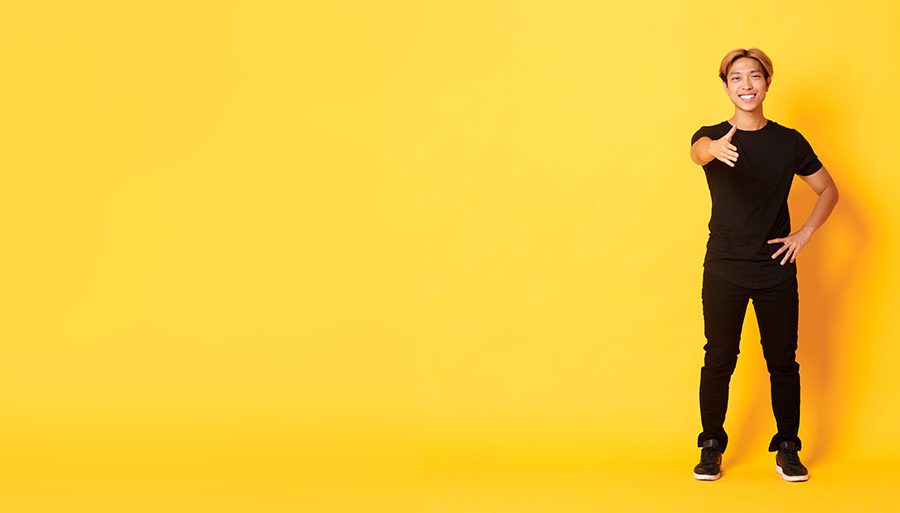